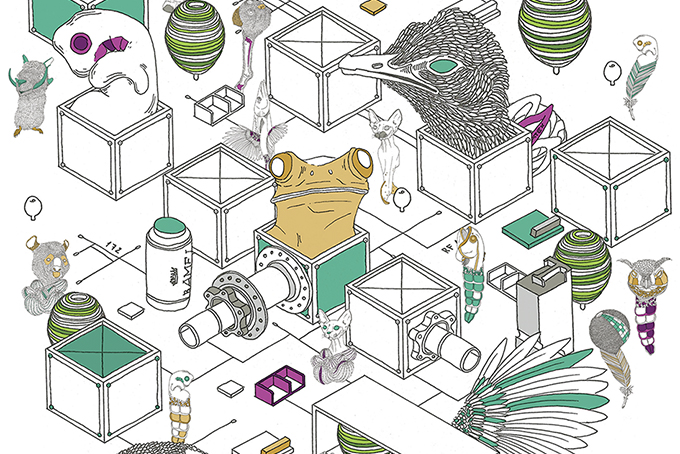 As a contribution for the on-going conversation on the relationship between design, narration and social media, I would like to start from a series of general observations. An introduction to the theme. A series of empirical thoughts developed in years of working at the cross-over between design, new media and narratives.

Here below, 12 points to start a conversation.

The community is the message (originally published on Abitare 532, May 2013).

A few days ago a friend asked me: “But why should I learn to use social media?” This is a question that doesn’t have an answer. It’s as if someone were to ask me: “Why should I learn to play the saxophone?” The question is put in a peculiar way, but it is possible to come up with a series of sensitivities and insights that we can gain and understand thanks to intense involvement with new social media. Here are 12 points with which to start a conversation.

1. New media?
New media don’t exist (and conversely neither do old media). To put it another way: all old media were once new, and all new media will become old. The Bic pen is an extraordinary medium. It was incredible and perfect in 1950, and it still is today. VHS and cable radio have led different lives. In short, whether the medium is new or old is not the heart of the matter. It all depends on how you use it (and what are the goals you want to achieve).

2. Generosity
This is the first and most indispensable ingredient. If you’re not generous, nothing (significant) will ever come of using social media. There is the importance of doing things for the pleasure of doing them, without a fixed purpose: the more you give, the more you take away. There is (really and truly) no possibility of taking without giving. And then if all this takes on the form of a community, a vast array of possibilities opens up before us.

3. Digital flâneurs
Walter Benjamin had his own universe of reference. It was made up of details, things on the margins, aimless strolls, Parisian shopping arcades and a thousand other more or less invisible ingredients of daily life. Here it’s the same. God is not just in the detail, but this detail is in general – and apparently – insignificant. Here too, though, if you find that detail is able to fascinate other people, at that point, a breath-taking film begins.

4. Where does the money come from?
It doesn’t. Or if it does, it comes through absolutely unpredictable mechanisms. It should never be forgotten that becoming famous on Facebook is like becoming rich in Monopoly. Try and invent a project to develop with a digital community: if you manage to reach this level you’re already doing pretty well. Hardly anybody, in truth, succeeds in making much money. For convenience’s sake, let’s forget about money.

5. Deductive?
No. Inductive. The Web (and with it the digital media) is made up of millions of extraordinary unsystematised (and unsystematisable) fragments. You start out from one of these fragments and climb back up to empirical systematisations. Again, when you learn to carry out this process of “climbing” with other people, you gain a strength that would have been unthinkable in previous environments.

6. Humour
Humour is a fundamental ingredient. This was already true for an exclusively analogue world, but it has become indispensable in a digital planet (especially in the social version). If a sense of humour is not present in large doses, it’s all a waste of time.

7. Visual imagination
The landscape does not exist. What does exist are spectacles of interpretation that we put on when we look around us. In our heads the oil refineries of the Po Valley start to take shape after we have seen Red Desert. The cinema, photography and television have changed our visual imagination. The same thing is happening with new and social media. The revolution is first and foremost one of imagery. It is a subtle change, and one that proceeds and advances in an invisible manner. But it is already here.

8. The 1% Rule
In the worlds of the Web there is this very simple formula: 90-9-1. In a given digital community (be it Wikipedia or a Facebook group), out of 100 participants there will be 90 who use the medium in a passive way, nine who are sporadically active and one who generates almost all the content. Being in that 1% allows you to invent new heavenly bodies to which the remaining 99% want access. This is an element that should not be underestimated.

9. Experts They don’t exist.
At best, there are people who try and try again, making mistakes over and over again: in this long and tedious process they acquire a quantity of information that is useful to others too. The on-line community is the antithesis of technocracies dominated by elites of experts. Ennio Flaiano said some 30 years ago “today even the fool is a specialist”. Well, the digital community does not allow for specialists.

10. Hierarchies
It is often said that digital communities are horizontal, and that there are no hierarchies. This is not true. The hierarchies and dynamics of power exist, and are perhaps even stronger than the usual ones, but they are simply implicit, unspoken. Understanding the invisible mechanisms that regulate the life of one of these communities is an exercise that offers us an insight into many facets of the here and now. The fact that the majority of these goings-on are negative does nothing but add value to the exercise.

11. Watch out!
A digital layer has appeared in our lives. But this does not mean that the early analogue layers have disappeared. On the contrary: they may be even more important than before. It’s just that they now have to reckon with a new presence. In general, those who are able to make the most appropriate short-circuits between the analogue planet and its digital satellite are the ones who can get the best out of both.

Obviously not all these ideas are of my own. They are the fruit of experiments and activities carried out with different communities.

For a series of reasons, they have asked me to summarise them. But having got this far I cannot fail to mention the community of Gran Touristas and that of Whoami. Without the unbounded energy and enthusiasm of these people, I would not have been able to report anything at all. Then I should cite all the people with whom I exchange tweets and Facebook posts (not to speak of photos on Instagram). The list would be too long, but you’ve got the idea. 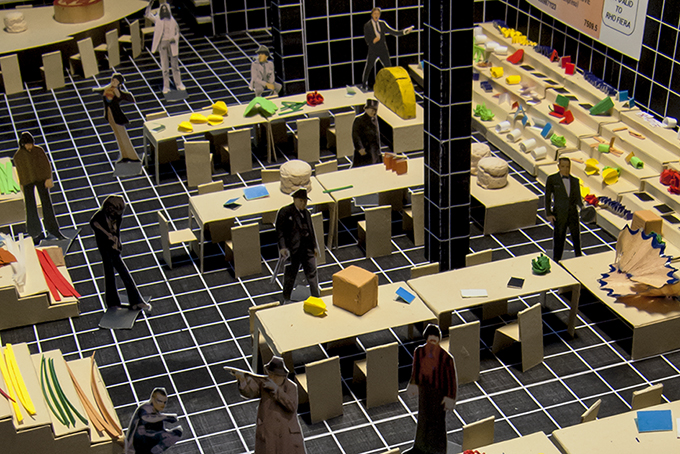 Once we set a possible manifesto, here two projects developed upon the above defined conceptual grids: